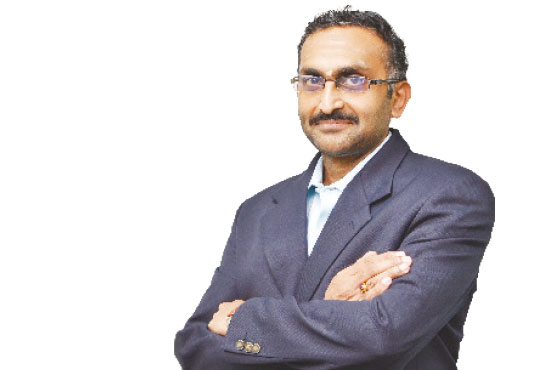 What a conference! I consider it a privilege to have attended O’Reily’s Strata in London. Tim O’Reilly gave the most inspiring keynote on day two. When the whole world is worried about AI taking away jobs, Tim flipped the problem around and said why can’t we use AI to create jobs? He finished the keynote by giving some examples: Zip line which supplies medicines and blood on demand in Rwanda as well as that of Google’s Deep Mind, which is helping radiologists look at images faster. A startup called SigTuple based out of Bangalore has created a computer vision based AI system that can analyze blood smear slides and create a complete pathology report using deep learning on the cloud.

M C Srivas, gave an enlightening keynote on how Uber is using real-time intelligence. Rivas also talked about autonomous vehicles and what ML problems they had to solve. Motion planning is another ML problem that involves avoiding obstacles and getting to the destination safely as well as maneuver planning which involves adjusting to road conditions. Quality assurance of the complex software is humungous – regression testing is a massive map-reduce problem. Interestingly, Tata Elexi is slated to try out self-driving cars in Bangalore. A legislation to oversee self-driving cars in India is in the process of becoming ratified and has been referred to a parliamentary standing committee. Possible applications of self-driving cars in India may be in agriculture, where these vehicles may be useful in simpler tasks such as field inspection if combined with advanced machine vision. Self-driving cars may also be useful in supply-chain optimization too.

Eddie Copeland of Nesta gave a keynote on “Lessons from Piloting the London Office of Data Analytics (LODA)”. LODA brings together data from multiple boroughs and determines the top-k (with respect to risk) properties that need to be inspected in a given geographical area. There are a host of problems in the realty sector which can be addressed using AI. Price valuation is one that comes to mind immediately. The price of a given property depends on various factors such as locality, apartment infrastructure, builder’s brand-name, quality of construction, age, size among others. Data available with entities such as the National Crime Records Bureau can be used to train a deep learning network to understand patterns and detect anomalies and consequently help the Indian police force.

Is Finance ready for AI?

Aida Mehonic of ASI Data Science gave a keynote speech on “Is finance ready for AI?”Interestingly, fraud detection is but a specific case of anomaly detection, which has huge implications for finance. Applications of anomaly detection in finance include rogue trading, insider trading, HR function, market abuse, cybersecurity etc. Interestingly, digital transformations of the early 21st century become data transformations of today and the AI transformations of the future! Relevant to Indian finance, anomaly detection based on AI can help in identification of manipulation in financial markets, fraud and market volatility. Many Indian Fintech Startups such as Lending Kart or Policy Bazaar provide an AI based market place for lending to SMEs – smaller loans than what can be obtained from banks. As new forms of financial payments come up such as the NCPI’s Unified Payments Interface (UPI), AI based fraud detection becomes more important in the Indian context.

Aurelie Pols from Mind Your Group by Mind Your Privacy gave an interesting keynote session on issues of privacy in a big data world. A framework known as GDPR is being enacted in Europe under which rights of data subjects are ideally protected by data protection officers (who have certain responsibilities). It turns out that Indian laws are archaic and there is an urgent need for robust digital data privacy and consumer protection laws as well as code of conduct on ethical use of AI, which is evident in this Carnegie Study. To illustrate further, can a self-driving car get a driving license in India? What are the “safe zones” for such a car to navigate? What are the laws governing robotics based manufacturing in India, such as those of Foxconn? What if a robot was to injure or god forbid kill a worker accidentally? Who is liable in this case? Another important consideration is that there are not enough data centers in India, implying that even if a regulation is brought in similar to GDPR that ensures data must stay within the Indian geography, we do not have sufficient capacity to store this data.