Why Airlines Need to Work on their Digital Presence 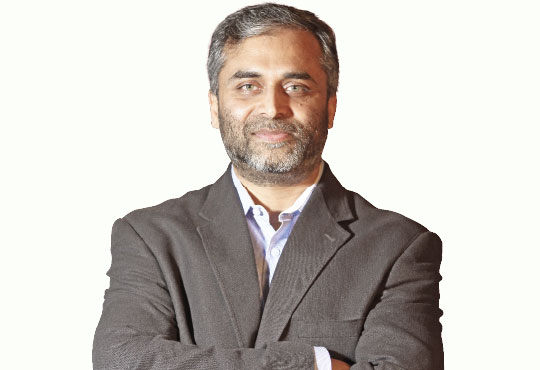 There is a lot that goes on behind the seeming glamour of the business of commercial aviation. I will focus on the workings of an airline from the point of view of a technologist. What is of prime importance for an airline is to figure out how it can digitize its operations as much as possible to impact the customer positively. How an airline interacts with its customers and what it offers to them in terms of its product and services are factors central to planning the technological infrastructure of an airline.

Observe the digital landscape of a traveller’s journey from end to end. In adverse circumstances, a passenger is expected to use a multitude of apps for various pur­poses – car rental, airline services, departure airport in­formation, connecting airport information, and the ho­tel booking. That’s 6 apps for a single trip, which may or may not occur again. Therefore, from a Technology perspective, Artificial Intelligence (AI) and bots will be one the four technologies that will disrupt airline soft­ware landscape. These are cheaper to adopt today, so it makes sense to leverage them at the earliest, and build something that is disruptive and truly differentiates an airline.

One of the first things that the Board and Leadership team of any airline should ask is “Can we generate more revenue through our digital channels?” Usually, most veteran technologists in an airline answer this by looking at pre-existing applications running successfully in other industries, and trying to copy these. They may shop for a few mobile apps – typically a mix and match of domestic and global apps.

This is not to be critical of any particular airline but the more I looked at the digital presence of various air­lines, the more I felt that the apps available were mun­dane, similar, confusing… in short, there was little ap­parent differentiation. Every airline was saying, “Hey! We are different and our digital channels are different.” But if one actually looks at these various airline digital offerings, they are all very similar, as if multiple soft­ware developers had come together, created a template and, apart from individual colors or slight variations in the arrangements of the main items, created very similar products.

That approach may work for reservation systems, GDS (global distribution system) and suchlike which are standardized and there is no element of competi­tion in the usage or output of these systems. However, in terms of holistic digital capability, airlines must try to compete with other airlines, with young disruptive software writers or, perhaps in the future, with Google itself. Only then will an airline be in step with the rapidly advancing technologies in the world.

WHAT DO PASSENGERS EXPECT?

There is a lot of talk about machine learn­ing, natural language processing (NLP) and Big Data. But I have rarely seen an airline seriously consider creating a brand new tool, and, once it has been created, leveraging cus­tomer-sourced insights to eke out profit from it. The cool thing is that one need not worry about NLP: the algorithms already exist; it’s a question of tuning and making them work for us.

A luxury that comes with being an Innovation Offi­cer is the ability to organize ‘ideathons’ and ‘hackathons’ with employees. It is these platforms which can bring forth questions such as “How come when I’m on an air­craft I can’t be sure whether my baggage is on the same aircraft or not?” or “Why can’t an airline tell me how much time it will take to complete a journey at different times of the day, just as Google Maps does?” These sim­ple questions and comments provide an insight into how customers think, what their priorities are, and what op­tions they want, dispelling an airlines assumed notions of what their customers want.

When considering a software solution to differentiate airlines according to what their passengers want rather than according to what is easy to achieve within the solu­tion template. To prevent the woes I described above while trying to ensure that my mother had a seamless journey from striking again, I combined a few ideas gained from the ideathons and hackathons I described earlier, with my experiences as a traveler. I used easily accessible programming language to create a piece of code in about 20 days, which would ordinarily be devel­oped as a software solution in a few months. The stum­bling block arrived when I was using the APIs (Applica­tion Programming Interfaces) of the platform. This was not because the APIs were difficult to use but they were difficult to understand in terms of functionality, naming and effect. The real problem was also in pricing: every single transaction when connecting with these APIs is expensive. But I’m sure that these problems can be over­come. Expensive platforms, especially when used by a community are bound to become commodity and thus, cheaper. I’m sure disruption with soon happen in areas of GDS, reservations systems, etc., in alignment with the CASK (Cost per Available Seat Kilometre) and RASK (Revenue per Available Seat Kilo­metre) of all kinds of airlines.

Overall, I see a real opportunity for air­lines to build very distinct service offerings by listening to what customers want and by using available software aug­mented with purpose-based solutions to support simple ideas that really matter to the travelling public.