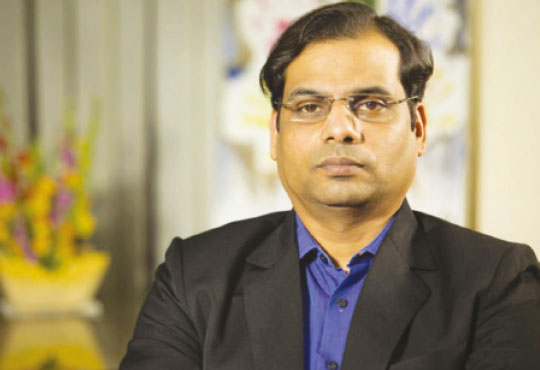 Every organization is adopting automation considering its ben­efits. Because auto­mation will decrease drastically turnaround time, increase in pro­ductivity, profitability, safety, sus­tainable manufacturing processes to minimize human interference which reflects in output to achieve best quality product, OTIF and cus­tomer satisfaction. And the entire cycle is in line with “Make In India” initiative. Manufacturing Automa­tion is divided in to two categories, one in Manufacturing Automation and second is Process Automation. Combining of two processes make “Smart Factory”

To make Smart Factory, imple­mentation of Automation Level-0 to Level-5 is highly required based on the bottleneck and criticality of process. Capability, role and utiliza­tion must be defined before imple­mentation and error handling table must be configured to check mis­match with in quick span of time as huge data interchange happens from one layer to other as per the given below figure.

Most of the Manufacturing or­ganization in India are not equipped with pyramid structure and suffer due to gap between levels which impact in the business. Most of the organization has level-4 and 5 which is ERP but they do not have Level-3 and which disconnect between L-2 and L-4. Manufacturers need to as­sess the investment return rate of each section and decide on the im­plementation priority by engaging a good implementing partner who guide and make roadmap for imple­mentation with ROI.

The second biggest wave of change is the implementation of IoT in Manufacturing Process which eradicate gap of traditional automation integration.

This is one the best solution to make Faster and better decision and 360 view as its Collect data from various systems, silos, assets and people. More ac­curate fact finding from drill down MIS which linked with each line item data gives more accuracy in production accuracy.

Converting paper based shop floor to paperless shop floor and simplifies infor­mation by taking data from PLM, CAD, ERP and converting them in analytical based KPI reports which improve knowl­edge management of workers and quality of product.

The most import part is predictive anal­ysis which gives alert before failure. This will save huge cost, better productivity, minimize rejection, minimize downtime.

IoT is future but should be taken care on integration wherein multiple IoT platforms are involved. IT Security must be tightened as huge data exchange among so many sys­tems. Communication is backbone of IoT and sufficient bandwidth is required for this. Most of the failure happens in IoT implementation is due to shortcoming in project management, improper architecture and lack of coordination between IT and Business representative.