Chatbot - Past, Present and Future! 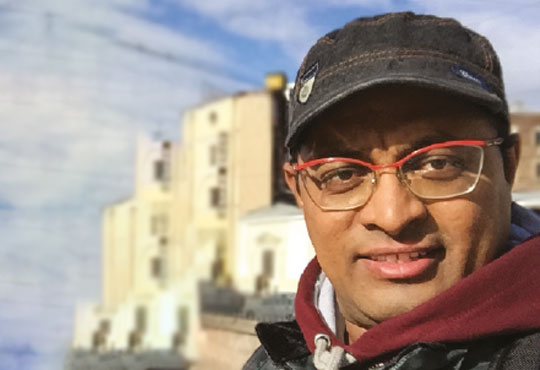 Wikipedia defines “ChatBot (also known as a Bot, Chatterbox, and Artificial Conversational Entity, among other names) as a computer program which conducts a conversation via auditory or textual methods”. That definition itself provides multiple aspects of how simple and at the same time, how complex it is to build a ChatBot! On one hand, it is simple, because as it is just a computer program and complex on the other because it has to manage conversation via both auditory & textual methods. Before we get into the technicalities, let us first understand the genesis & imminence.

In 1950, the pioneering British computer scientist Alan Turing contemplated the concept of computers communicating as humans do, and published his well-acknowledged article ‘Computing Machinery and Intelligence’ followed by experiments like the Turing Test, which was developed to test a computer’s ability to display intelligent behavior equivalent to that of a human. According to him, if a machine can impersonate a human and his behavior convincing the other person involved in a real-time conversation that he is interacting with a human (not a machine), then the machine is intelligent. In 1966, the German computer scientist at MIT, Joseph Weizenbaum published ELIZA, a program for mimicking human conversation. ELIZA worked by parsing the words that users entered into a computer, and then matching them to a list of possible scripted responses. It was only in 1994 that the term ‘ChatterBot’ was coined by Michael Mauldin (creator of the first Verbot, Julia) to describe these conversational programs.

The introduction of ChatBots into the society has brought us to the beginning of a new era in technology ‘Conversational Interface’. Bots are not the future, they are already being widely adopted and deployed. Bots are proliferating in business at warp speed. In fact, we can say that it is already a big trend in Asia for years, with the success of WeChat, and the rest of the world is just catching up and ‘leap-frogging’ to this latest technology.

Bots have human-like interaction because they are powered by two technologies – artificial intelligence and natural language processing that provides human-like intelligence to the bots. They help business automate workflows, do things like to-do lists, taking customer's orders, writing up proposals, answering customer enquiries and FAQ’s and even qualifying leads/prospects and acting as sales or personal assistants. Perhaps the most interesting aspect of the bot resurgence is that more and more established brands are joining the bandwagon by providing new and interesting ways to interact with customers. People are already comfortable speaking with Apple’s Siri or Amazon’s Alexa, which are technically bots, so it makes sense that companies want to introduce their own digital helpers. One more reason considered for rise in bots is that it is easier and cheaper to make when compared to apps!

In fact, ChatBots could soon become our primary digital gateway and many people believe that ChatBots are the new apps. From my perspective of travel industry, ChatBots will soon be the preferred channel for providing a hassle-free travel experience. A travel bot would become a perfect travel companion by providing relevant and contextual information, at each stage of the journey. A travel bot would not be limited to providing airport and flight information only, but also to inspire and allow booking! I found a very good way of looking at Bots, which says, for each bot, there are 6 features to look for- Capabilities: what can the bot do; Onboarding: how does the bot introduce itself; Help: how is help implemented; Flow: is there a free flow conversation or a predefined list of questions; Results: how are search results presented; Natural language understanding: how good is the bot at understanding user input.

Thanks to IoT, which provides connectivity to devices beyond our phones and computers or cars, TVs, stereos, refrigerators and even washing machines, we might soon have all these devices, with Google Assistant built in. We also might be able to set up our television sets just by saying, “Hey Google, set up my television with all my favorite content.” In addition, since these new assistants will be connected to all our personal platforms, including our calendar, email and so on can even make suggestions such as “Hey, based on what you’ve been watching on Netflix, this new show seems like something you might like. Do you want me to play it for you?” It seems paradoxical, but this shift away from humanity might be what finally will allow ChatBots to succeed. These machines may not be the warm and cuddly replacements for the human intellect, but we can say that they are just another set of tools; we would not just be playing with, but using them. Once we become more accustomed to ChatBots, we are not going to click on buttons or flick through cards until we find what we want, instead we would like to interact, find what we want, and continue with something else.

“In one way or another, ChatBots and Artificial Intelligence (AI) are going to shape our future”.

IT services
How to save big by automating your field sales reporting?